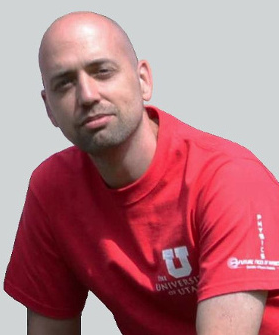 Eukaryotic cells depend on long distance directed transport for survival and function. At the core of these processes are molecular motors like dynein and kinesin – the ATPases which convert chemical energy into mechanical work. Arguably, more is known about kinesins than dyneins, yet both types of motors continue to present fundamental challenges to our understanding and modeling. Worse, little is understood about how these motors are regulated in cells. One would not dream of driving a car without first studying the road signs yet this type of regulation is exactly what we do not understand at the moment about molecular motors (with a few notable exceptions). One of the key reasons why progress is slow is that regulatory processes are highly coupled. This is especially true for molecular motor-based transport since it is facilitating so many other pathways and is thus subject to a wide range of feedback mechanisms. Isolating individual regulatory influences in living cells is too often too great of a challenge.

My group puts the spotlight on individual regulators of transport via in vitro experiments where all reagents can be added in carefully controlled amounts and in a desired sequence under well-defined environmental conditions. We can thus start with single molecule biophysics research and dial in complexity to go from a simple well-understood system to a complex assay as need be. Our key experimental techniques are optical trapping and fluorescence studies. These allow us to measure all the key parameters of motor performance such as binding, speed, and force production with exquisite sensitivity (often the measurables are nano- and pico- scale quantities). These tools also help us set up the experiments themselves.

How do we know what regulatory molecules and pathways to focus on? One crucial give-away we look for is disease relevance. Transport malfunctions are associated with such disparate diseases as dementias (Parkinson's disease, Alzheimer's disease and others) and developmental diseases (e.g. Lissencephaly). Alterations of transport have been observed in many cancers, particularly as the neoplastic cells increase their invasive potential. When we see a regulatory pathway that is truly "broken" in a disease, it gives us a clue to focus on that specific set of proteins or conditions.

My work generally integrates a strong collaborative effort between biochemists, molecular biologists, biophysicists, and computer scientists. This is because in the most general sense, I am interested in how biological complexity arises from more basic parts. We work at the interface of multiple disciplines and my lab strives to bring together multiple scientific cultures and approaches as necessary.

My research to date provides a template for future work. I have investigated how multiple motors work together and demonstrated that motility driven by many motors can be regulated (e.g. by a protein called tau) in novel ways, not possible with single-motor transport. I have also shown that the mammalian cytoplasmic dynein motor can be regulated by the proteins known to be crucial for cell migration: NudE and LIS1 and I have investigated what each protein does and how they all work together. We have found that NudE and LIS1 individually affect dynein motor performance but the best motor performance (as would be needed for cell migration) arises when all three proteins work together.