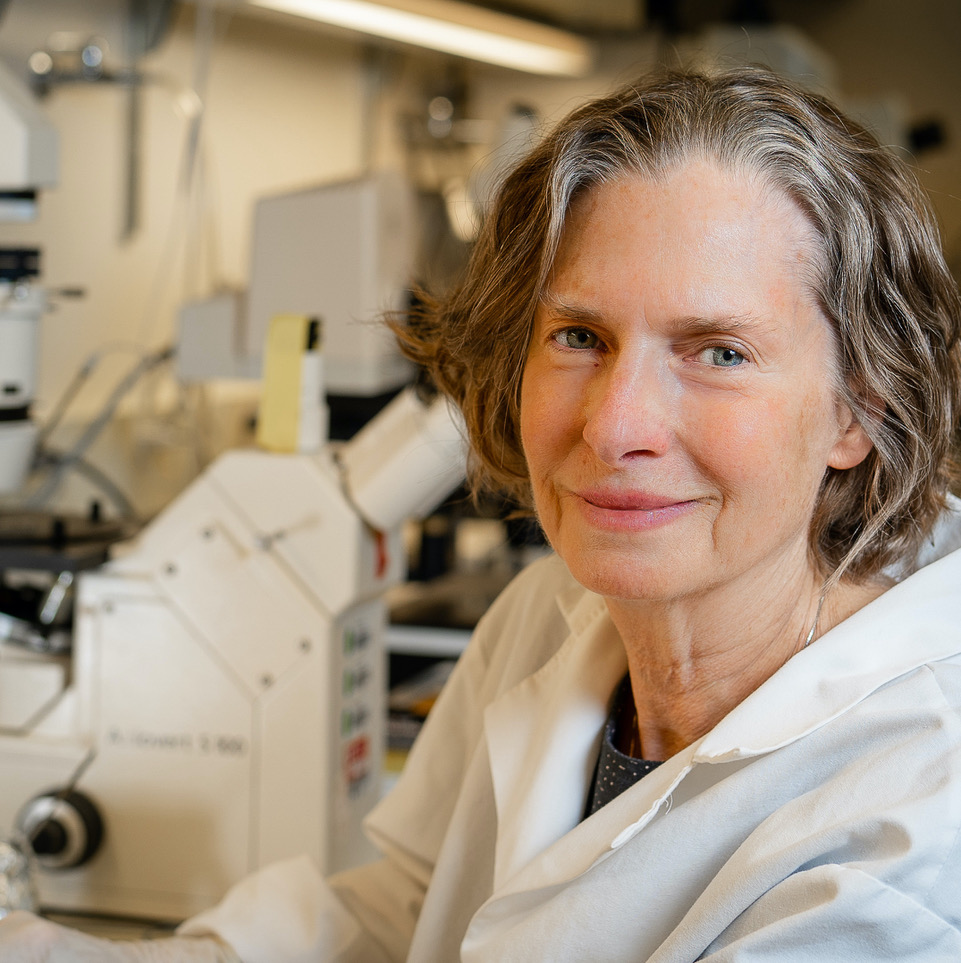 When a virus infects an animal cell, including human cells, double-stranded RNA (dsRNA) matching the viral sequence is found in the cell. Viral dsRNA is recognized as foreign and an immune response is mounted. Only recently has it been realized that animal cells encode and synthesize their own dsRNA. My laboratory is interested in the poorly understood functions of cellular dsRNA, and further, how cells distinguish the good from the bad— the cellular dsRNA (self) from the viral dsRNA (non-self). To facilitate our studies, we performed genome-wide analyses to map long dsRNA expressed in C. elegans, mouse, and human. These "dsRNAomes" show that long dsRNA is predominantly encoded in protein coding genes, in introns or 3' UTRs. We plan to determine additional dsRNAomes, to reveal paradigms and inform our understanding of the biological functions of dsRNA binding proteins, such as ADARs and Dicer.

ADARs are a family of RNA editing enzymes that convert adenosines to inosines in dsRNA. Excitingly, recent studies show that the primary function of mammalian ADARs is to mark endogenous dsRNAs as “self” so they will not be mistaken for viral dsRNA. In the absence of ADAR1 p150, mammals trigger an interferon response to their own dsRNA, and mutations in ADAR1 p150 underlie some forms of Aicardi-Goutières Syndrome (AGS), a severe disease caused by constitutive upregulation of an interferon response. Our recent studies show that ADARs also mark dsRNA as “self” in the invertebrate C. elegans, despite the fact that vertebrates and invertebrates diverged ~500 million years ago. This finding is more remarkable given that invertebrates do not have an interferon pathway, and instead use RNA interference (RNAi) for antiviral defense. Ongoing studies are focused on understanding other connections of ADARs to the C. elegans antiviral response, and characterizing the C. elegans antiviral complex using in vitro biochemistry.

Self versus nonself dsRNA can also be discriminated by its ends, or termini. For example, in prior biochemistry experiments we showed that C. elegans extracts or purified D. melanogaster Dicer-2 cleaves dsRNA with a 2 nucleotide 3’ overhang, in a helicase- and ATP-independent manner, and that this reaction is distributive, with each binding event followed by cleavage and release of the RNA. By contrast, cleavage of dsRNA with blunt termini is dependent on a functional helicase domain and ATP, and is processive, with each binding event leading to multiple cleavages along the dsRNA before enzyme dissociation. To understand the mechanistic basis for this substrate discrimination, we collaborated with Dr. Peter Shen and used cryo-EM to determine the structure of dmDcr-2 in complex with a BLT dsRNA. Studies to date indicate vertebrate Dicer lost the ability to distinguish "self" versus "non-self" dsRNA, and we speculate this occurred as vertebrates evolved to use the interferon pathway, rather than RNAi, to target viral dsRNA. In future studies we will define amino acids that mediate recognition of termini, and differences in these residues in human Dicer. We are interested in understanding how vertebrate and invertebrate innate immune pathways evolved, and whether we can manipulate the pathways in a controlled manner for therapeutic means.