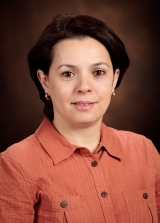 The prevalence of obesity has increased in the United States and in most of the Westernized World over recent decades, reaching worldwide epidemics. Since obesity worsens most of the cardiovascular disease (CVD) risk factors, most CVD, including hypertension, coronary heart disease, heart failure, and atrial fibrillation, are all increased in the setting of obesity. My laboratory is dedicated to understanding the molecular mechanisms controlling the formation and the expansion of visceral obesity and to deciphering its role in the pathogenesis of CVD.

Redox-Regulation of Adipocyte Function
Oxidative stress (OS) occurs when reactive oxygen species (ROS) production exceeds their rate of detoxification in the cell, which promotes damage to various biomolecules such as nucleic acids, lipids and proteins. Obesity is one of multiple conditions associated with OS. In addition to increased systemic biomarkers of OS, obese humans and animals exhibit increased adipose tissue OS as evidenced by higher hydrogen peroxide (H2O2) production, reduced antioxidant defense mechanisms, enhanced adenine dinucleotide phosphate (NADPH) oxidase activity and elevated oxidative damage to proteins. While the link between OS and obesity has been established, the causal role for mitochondrial ROS in fat accumulation in vivo is not known. We utilized mouse models of gain and loss of function of major antioxidant defense systems in adipocytes to investigate the mechanisms underlying redox-regulation of adipocytes function.

Regulation of Visceral Adipose Tissue Mass in Health and Disease
Visceral (VIS) obesity is a predictor of adverse metabolic and cardiovascular outcomes independently of body mass index (BMI). VIS obesity is associated with the development of cardiometabolic abnormalities such as insulin resistance, glucose intolerance, type 2 diabetes, atherogenic dyslipidemia, inflammation, altered cytokine profile, impaired fibrinolysis, increased risk of thrombosis and endothelial dysfunction. White adipose tissue (WAT) expansion occurs by adipocyte hypertrophy or by de novo recruitment and differentiation of adipose progenitors (hyperplasia). The hypertrophic growth of VIS adipose tissue has been involved in the genesis of unhealthy obesity that is associated with altered systemic metabolism and increased cardiovascular risk. Research in our lab is aimed to provide mechanistic insights into the development of hypertrophic VIS obesity through the functional characterization of novel VIS adipose progenitors (APs). 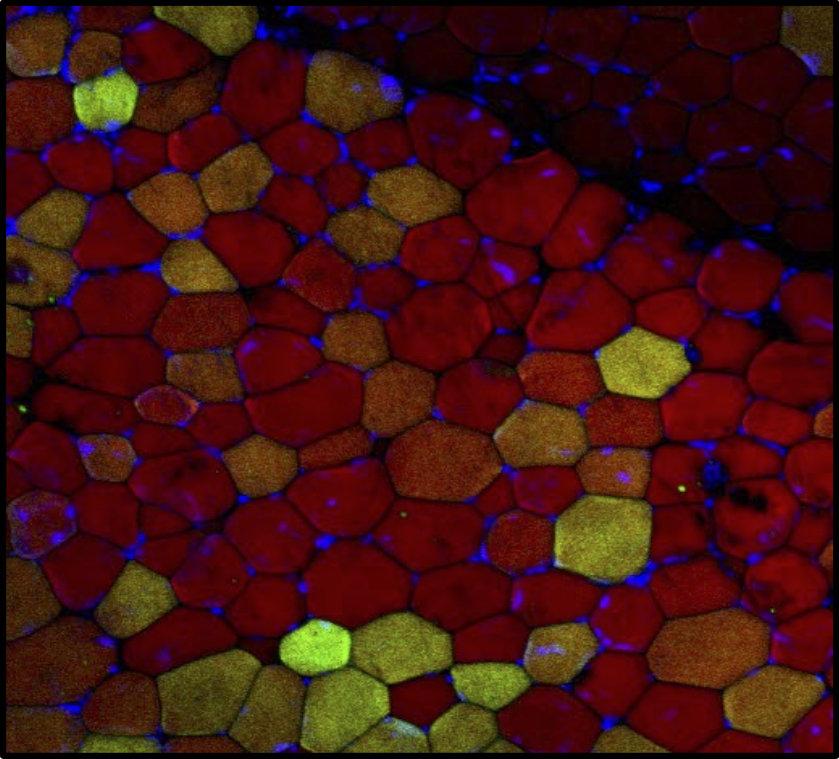 Insulin Resistance and Cardiac Dysfunction
Heart disease is the major cause of morbidity and mortality in patients with diabetes, with the incidence of cardiovascular disease in diabetic patients being twice that of non-diabetic men and three times that of non-diabetic women. More than two-thirds of diabetic patients die from cardiovascular complications including diabetic cardiomyopathy and heart failure but the underlying mechanisms remain poorly understood. Although diabetic cardiomyopathy is caused by both type 1 and type 2 diabetes, the latest accounts for 90% of diabetic patients worldwide and is characterized by the combination of inadequate insulin secretion and insulin resistance. Several mechanisms have been proposed to mediate diabetic cardiac injury including altered metabolism and mitochondrial dysfunction, enhanced oxidative stress, impaired calcium signaling and altered autophagy. Our research is focused on understanding the signaling pathways downstream of the insulin and the IGF-1 receptors that regulate autophagy and to examine the functional consequences of altered autophagy in the heart. 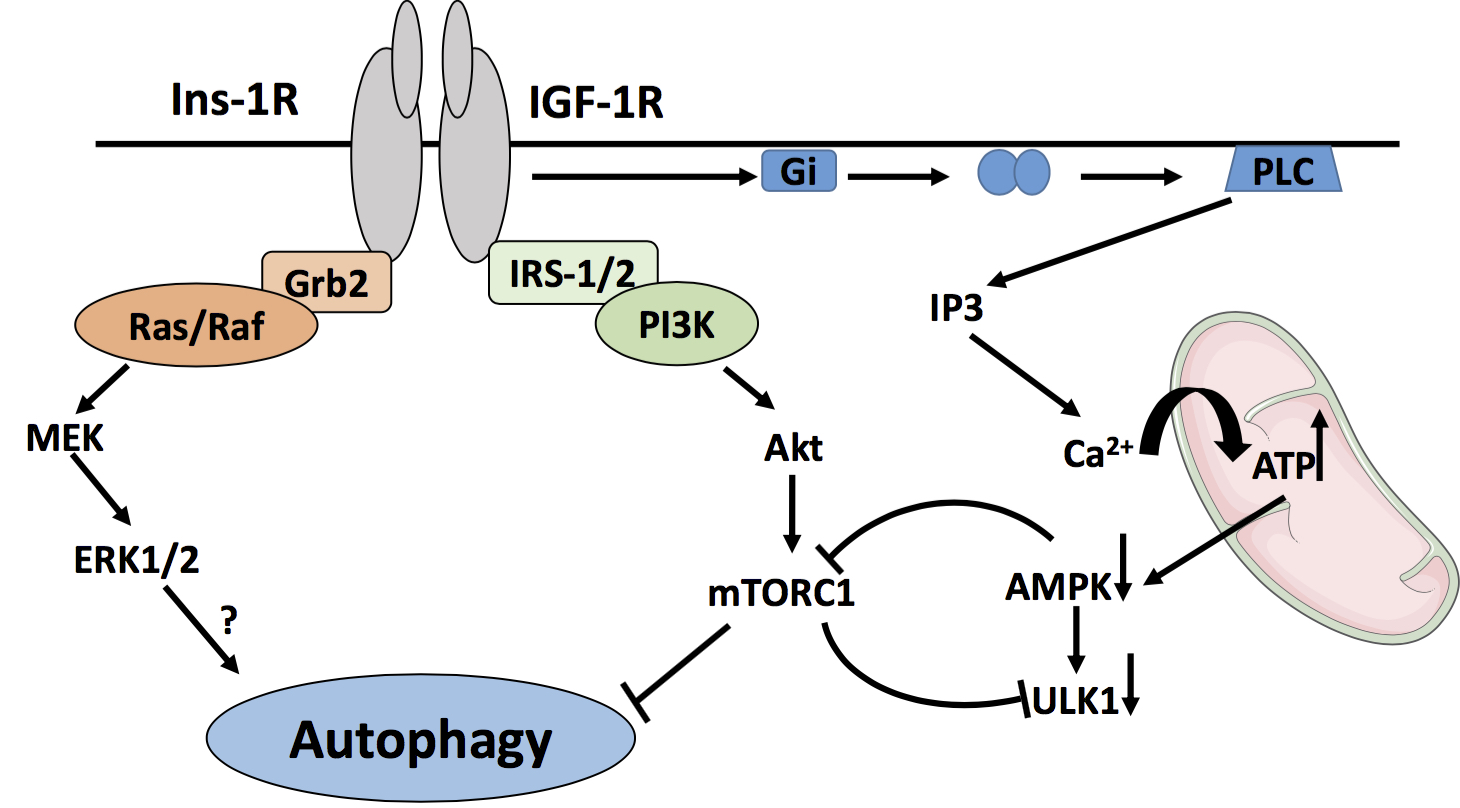 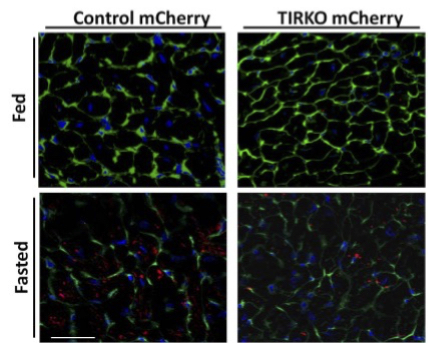