Functions and Mechanisms of Non-Coding RNAs 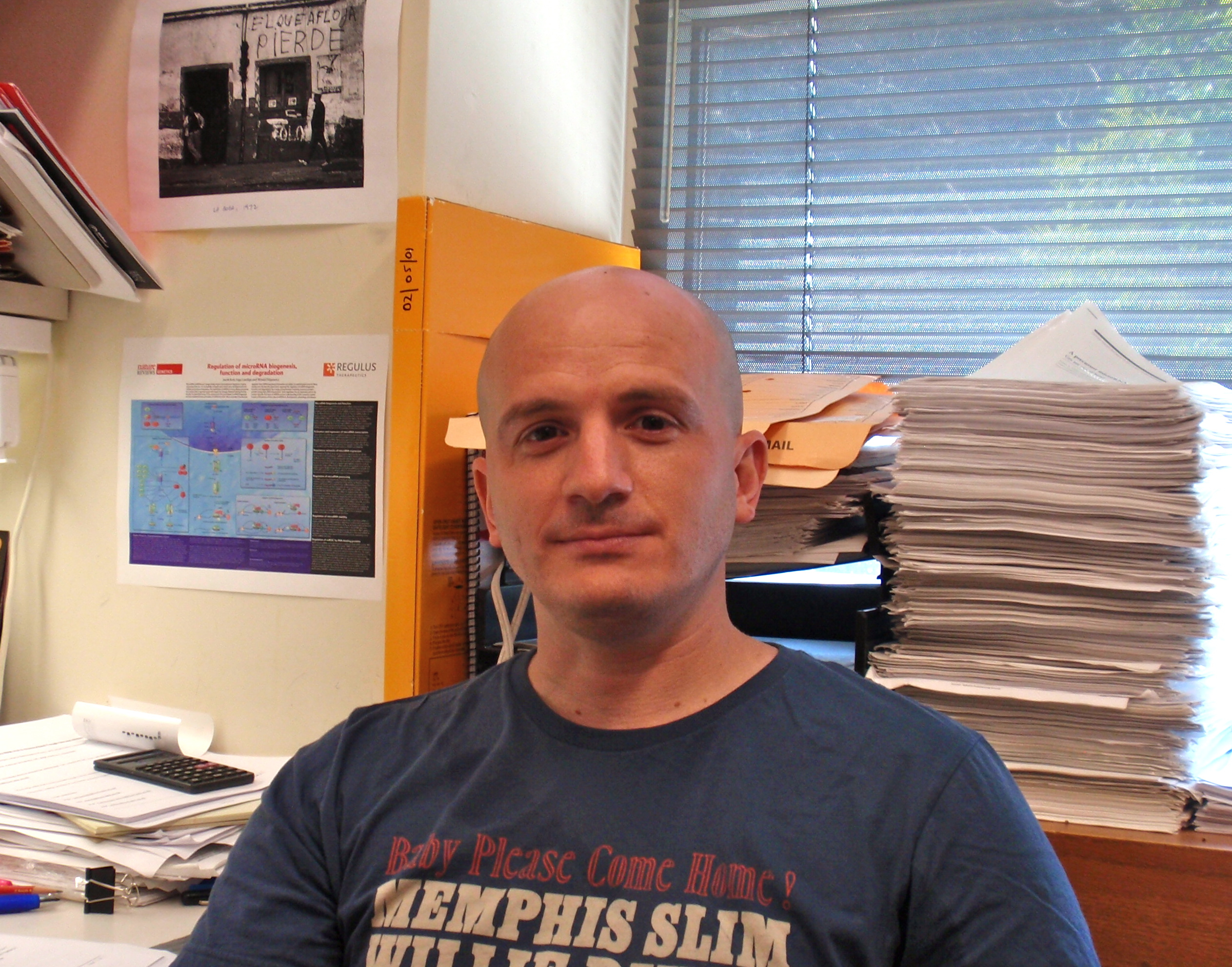 The central interest of the research in my laboratory lies in understanding the role that non-coding RNAs (ncRNAs) play in regulating gene expression. The unbiased characterization of the transcriptome of different organisms in the past years has revealed that in higher organisms the vast majority of the genome is transcribed into RNA, with protein-coding RNAs accounting for only a tiny fraction of the genomic output. The ratio of non-coding DNA to protein-coding DNA increases dramatically with developmental complexity, strongly suggesting that ncRNAs are key players in the structure of genetic regulatory systems in higher organisms. Indeed, ncRNAs have been shown to participate in and regulate every step of gene expression. Clearly, the identification of ncRNAs and the dissection of the functions of ncRNAs are essential steps in the path to a full understanding of the developmental and physiological complexities of higher organisms. The discovery of the important roles that small (miRNAs) and other ncRNAs play in gene expression and disease has brought forward the realization that ncRNAs have a profound impact on the regulation of gene expression in developmental processes, and that malfunction of ncRNAs can lead to disease. But what and how other ncRNAs participate in the complex regulation of gene expression is not clear.

We study ncRNAs expressed by oncogenic herpesviruses with the goal of understanding new molecular functions of ncRNAs as well as how these ncRNAs contribute to the process of viral oncogenesis. At the moment we are focused on a primate herpesvirus called Herpesvirus saimiri (HVS) that expresses seven ncRNAs of unknown function called HSURs. These ncRNAs assemble into nuclear snRNPs of the same class (Sm-class) as the splicing snRNPs, and like their cellular counterparts, HSURs bind Sm proteins. Despite their structural similarities, these enigmatic viral snRNAs do not share sequence similarity with any known cellular snRNA, suggesting that these viral snRNPs do not participate in splicing. Two of these ncRNAs, HSURs 1 and 2, interact with the host-encoded miRNAs miR-16, miR-142-3p, and miR-27.

We are trying to understand why these viral ncRNAs manipulate host miRNAs. While the abundance and activity of miR-16 and miR-142-3p remain unaffected, binding of HSUR 1 to miR-27 results in the degradation of the miRNA. We are using biochemical methods to identify HSUR 1-specific protein factors that could explain the mechanism of degradation of the miRNA.  But why do HSURs bind miR-16 and miR-142-3p? Our working model is that HSURs recruit these miRNAs to mRNAs in the cell. We are now using an approach involving crosslinking and RNA purification coupled to high-throughput sequencing to identify other RNAs that are targeted by the HSURs. Finally, we are also exploring the possibility that related human herpesviruses utilize a similar strategy to manipulate host gene expression through the miRNA pathway.

In addition to expressing HSURs, HVS also expresses miRNAs. Similarly to other members of the same family of herpesviruses, HVS miRNAs are generated through a non-canonical miRNA biogenesis pathway that bypasses Microprocessor, a complex that is essential for the generation of most miRNAs in the cell. We are trying to understand why this and other viruses of the same family bypass the use on this complex, and how the use of alternative miRNA biogenesis pathways can contribute to the oncogenic potential of HVS.