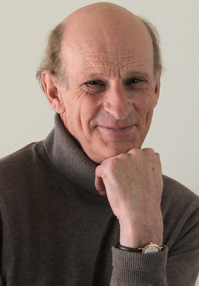 Codes with THE code. Signals buried within the coding sequence of a minority of mRNAs in probably all organisms stimulate a non-standard decoding event utilized for gene expression purposes. The non-standard event can be local redefinition of codon meaning, a shift of reading register or the bypassing of a block of nucleotides present in the mature mRNA. The efficiency of some of the "recoding" events is responsive to the cellular level of a component, such as polyamines or release factor 2, and these events can serve an autoregulatory function. In others there is a fixed ratio of the product of standard decoding to that of the recoding product which serves some unique function. We are investigating the occurrence, mechanisms involved and the function of recoding.

Our recent work has focused substantially on novel viral occurrences of recoding – it is especially prevalent in viral and chromosomal mobile element decoding. However, we are now concentrating more on utilization of recoding in chromosomal gene decoding. Particular mRNA structures 3' of the recoding site are well known as stimulators of recoding, though in one case we are currently investigating, intra-mRNA structure does not seem to be involved – in this we are investigating the possibility of mRNA in the ribosome entrance tunnel pairing with ribosomal RNA. Nevertheless, most of our current effort on stimulators is the interaction of nascent peptide sequence while still within the ribosome, interacting with ribosomal components of the peptide exit tunnel to mediate recoding. Also in a case of translational bypassing we have evidence for mRNA structure formation within the ribosome.

One fascinating case of codon redefinition is how the 10 UGA codons within human selenoprotein P specifies the 21st amino acid selenocysteine rather than termination. In collaboration with Dr. Mike Howard and others we are investigating mice which have mutants in the recoding signals involved. 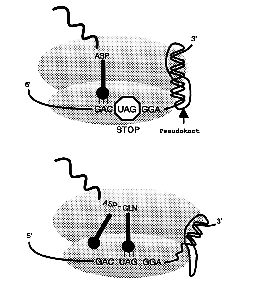