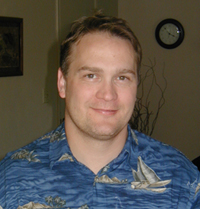 The Mulvey lab is focused on understanding the survival and virulence strategies employed by a group of important bacterial pathogens collectively known as Extraintestinal Pathogenic Escherichia coli, or ExPEC. These bacteria have a broad host range and display a remarkable ability to adapt to widely varying environmental conditions, often facing nutrient limitations, antibiotics, and aggressive host defense mechanisms. In humans, ExPEC can efficiently colonize the gastrointestinal tract, like commensal strains, but have the added capacity to disseminate and cause disease in other host niches, including the bloodstream, central nervous system, and the urinary tract. Infections caused by ExPEC are among the most common and costly on the planet. Making matters worse is the recent global dissemination and expansion of multidrug-resistant ExPEC strains that cannot be treated with frontline antibiotics.

We are working to delineate both bacterial and host factors that control the ability of ExPEC to colonize and persist within diverse host environments, with a major goal being the development of improved anti-bacterial therapeutics. This research utilizes genetics, microscopy, biochemistry, global gene expression analysis, bioinformatics, and molecular biology techniques coupled with clinical data analyses and cell culture, mouse, and zebrafish infection model systems. Specific goals of this research include: 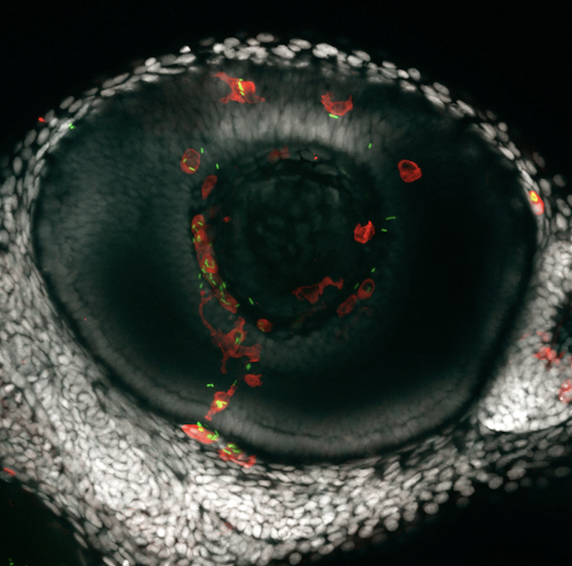 Figure: Image shows phagocytes (red) localized with ExPEC (green) that has disseminated into the eye of an infected zebrafish embryo. The Mulvey lab is using zebrafish as surrogate hosts for rapid, high-throughput genetic and drug screens.