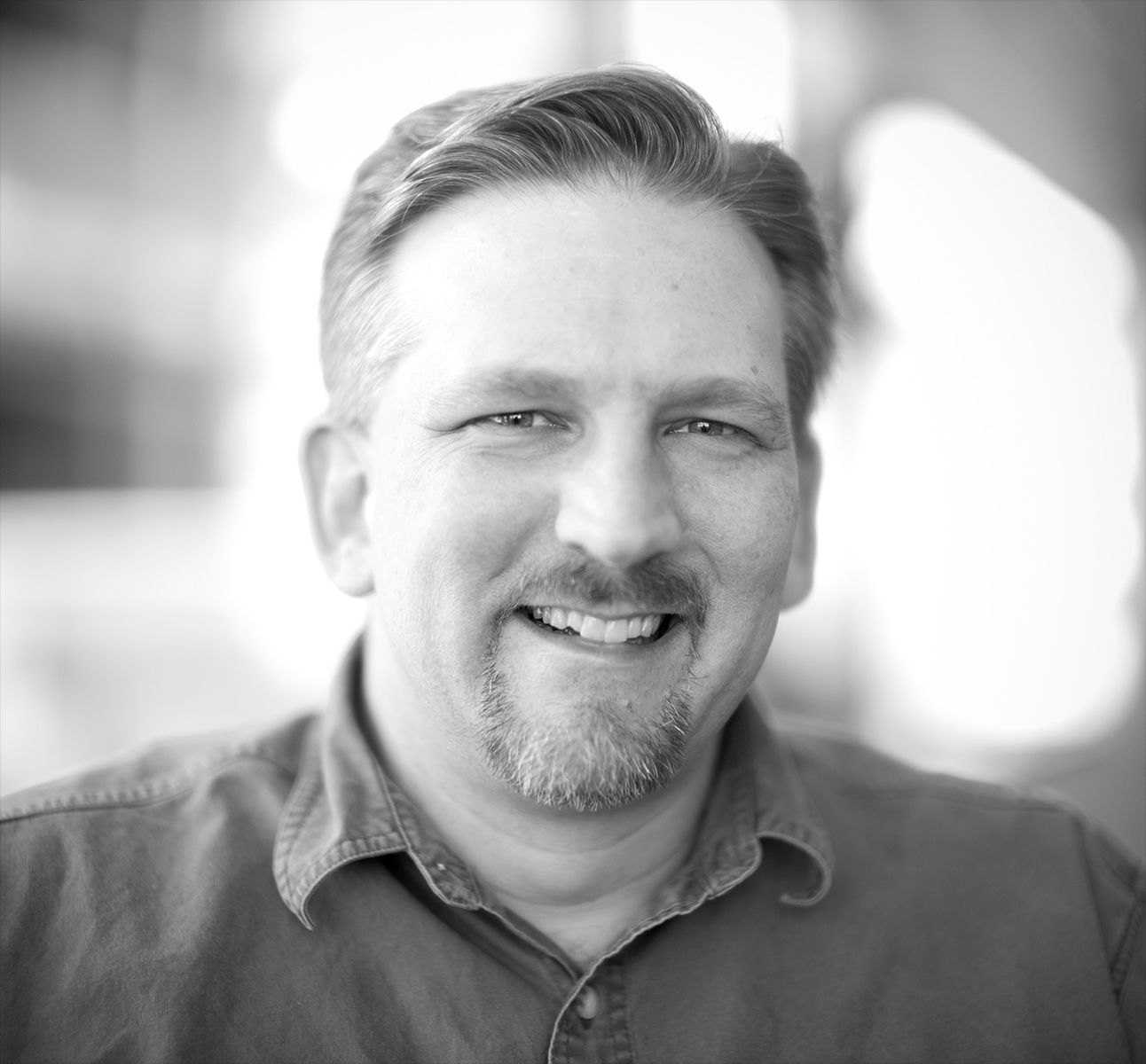 My lab studies the role of cell-cell signaling in mammalian disease and developmental biology.  Much of our work focuses on the pancreas, which in the adult comprises multiple cell types but which develops in the embryo from clusters of multipotent progenitor cells.  We want to understand how those cells are instructed to differentiate into the mature constituents of the organ: endocrine islets, digestive-enzyme producing acinar cells, and duct cells.  Loss or dysfunction of mature pancreatic cells causes several diseases, including diabetes, pancreatitis and cancer, and we are interested in the intercellular signaling processes that prevent or precipitate these conditions.  Our studies make use of genetically-modified mice, and the following include some of our major projects:

The stability of cell fates in the adult pancreas appears to be lost during tumor formation, as we have shown that ductal pancreatic cancer arises from acinar cells that lose their normal cellular identity.  Furthermore, we find that this process is driven by the Notch signaling pathway, which normally promotes ductal differentiation at the expense of acinar.  Inflammatory signaling appears to be critical to pancreatic tumor initiation, potentially acting in a positive feedback loop with oncogenic pathways.  Our recent studies indicate a critical role for pro-acinar transcription factors in suppressing pancreatic cancer initiation, potentially acting by reducing inflammation.  Identifying the key upstream regulators and downstream targets of these transcription factors will facilitate a new, differentiation-based strategy for treatment and prevention of pancreatic cancer, one of the deadliest human diseases.

The multifunctional protein beta (β)-catenin is a core mediator of the “canonical” Wnt signaling pathway, as well as a mediator of intercellular adhesion within epithelial tissues such as the pancreas.  We have previously implicated β-catenin in development and proliferation of exocrine acinar cells, with recent studies indicating a novel role for this protein in the early patterning of the developing pancreas.  Until recently, however, we and others have not been able to distinguish between the Wnt signaling and cell-cell adhesion functions of β-catenin.  With newly available mouse reagents, we can now genetically distinguish these activities, and we are exploring the possibility that a novel, adhesion-based pathway controls pancreatic cell fate.

Focal dermal hypoplasia (FDH) is an X-linked dominant disorder causing highly variable and pleiotropic phenotypes that range from skin lesions to dramatic malformations of the limbs and body wall.  FDH is caused by mutations in the human PORCN gene, which encodes a component of the Wnt signaling pathway.  We have generated a mouse model of this syndrome, based on deletion of the mouse gene, and are using tissue-specific knockouts to understand the etiology of FDH and explore whether disorders of body wall development -- relatively common human birth defects -- reflect abnormalities of Wnt signaling.  We are also using this genetic tool to probe the role of Wnt signaling in the developing pancreas. 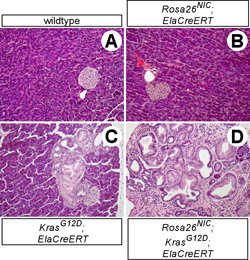 Notch and oncogenic Ras synergistically induce precancerous lesions from adult acinar cells (D), while each pathway alone has little or no tumor-inducing activity (B-C). (From ref. 11.)