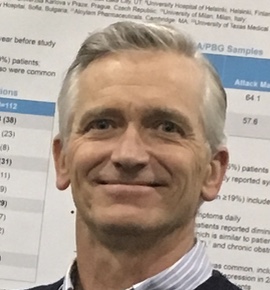 Heme is essential for life; virtually all organisms are either able to make heme or they have developed a mechanism to parasitize it from other organisms. Heme is a critical component in proteins with diverse functions such as the transport of oxygen (hemoglobin, myoglobin), the production of ATP (cytochromes of the electron transport chain), detoxification reactions in the liver (the cytochrome P450 family of enzymes). In our laboratory, we study the synthesis of heme, the pathway consists of eight enzymes that convert glycine and succinyl-CoA into a tetrapyrrole that eventually accepts an iron atom forming heme.

In humans, defects in any of the eight steps involved in heme synthesis are termed the porphyrias. The most common of the porphyrias is Porphyria Cutanea Tarda (PCT) that is due to reduced activity of Uroporphyrinogen Decarboxylase (URO-D). We have primarily focused on this fifth step in the heme biosynthetic, using a combination of biochemistry, mouse genetics and structural studies to understand the molecular basis of the disease. There are both environmental and genetic components to the development of PCT. We have constructed a mouse model of the familial form of PCT. We have also developed an environmental model of PCT using environmental toxins such as polychlorinated biphenyls (PCB's). In all cases, the phenotype of PCT (blisters on sun exposed areas of skin, excess porphyrins in urine and excess iron) is due to an inhibitor of the enzyme. Using these mouse models of PCT we are identifying the changes that occur in the liver that lead to the production of an inhibitor of URO-D.

We are one of the six sites that comprise the Porphyria Consortium, funded through the NIH Office of Rare Diseases. Clinical trials for several of the porphyric disorders are currently enrolling patients. We are studying novel therapies for some of the more common porphyric disorders. We are also funded as the Center for Iron and Heme Disorders (CIHD), by NIDDK. (http://cihd.cores.utah.edu/) These resources are used to examine the role of iron in several of the different porphyric diseases. 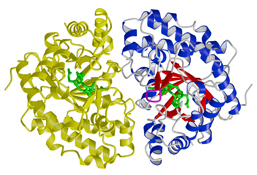