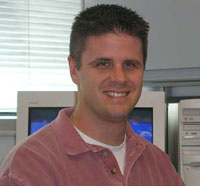 1. TRP ion channels are a family of proteins that exhibit unique functional properties and associated physiological functions. We are interested in how TRP channels regulate physiological and adverse events in the lung, with particular emphasis on the ability of these channels to elicit deleterious pulmonary inflammation and lung cell death when activated by endogenous and/or exogenous agonists; pulmonary inflammation and acute lung damage are two critical components of lung diseases such as asthma, chronic obstructive pulmonary disease (COPD) and emphysema, fibrosis, and acute lung injury/ARDS. Our research is to establish roles of different members of the TRP ion channel family in the development and progression of lung injury and diseases and we have an active research program investigating receptor targets of pneumotoxicants and potential therapeutic inhibitory chemicals, the identification of specific cellular pathways that modulate deleterious and/or beneficial responses of lung cells to TRP channel agonists, and evaluation of TRP channel-dependent pathways in adverse outcomes in experimentally-induced disease states. Currently we are funded by the National Institute of Environmental Health Sciences (NIEHS) to determine how different components of polluted air adversely affect the human respiratory system via interactions with TRP channels and by local sources to study polymorphisms in TRP channels in asthmatic sensitivity to air pollutants. We are also funded by the National Institutes of General Medical Sciences in a collaborative effort with Dr. Eric W. Schmidt (Medicinal Chemistry) to discover and characterize TRP channel modulators from natural sources.

2. Xenobiotic metabolism is a collective process by which chemicals that enter our body are modified. We are interested in how human cytochrome P450 enzymes transform chemicals to pharmacologically and/or toxicologically inactive vs. toxic reactive intermediates that damage cellular macromolecules, cells, and organ systems. We have two primary areas of focus: 1) enzymatic and chemical mechanisms of oxygenation vs. dehydrogenation of substrates and analysis of modified biological macromolecules (i.e., DNA and protein) by electrophiles, particularly with respect to such processes in lung tissue; and 2) the elucidation of how variations in drug metabolism mechanisms and efficiency dictate the pharmacological and/or toxicological properties of inhaled and/or systemically-delivered therapeutic drugs. Currently research in this area is supported by grants from the National Institute of General Medical Sciences (NIGMS) and Eunice Kennedy Shriver National Institute of Child Health and Human Development (NICHD).

3. Mass spectrometry is a versatile and powerful analytical technology that has revolutionized mechanistic pharmacology and toxicology studies. We use mass spectrometry to quantify a variety of substances in diverse matrices, to establish structures and metabolic origins of drug metabolites in P450 reactions, to discover unknown bioactive substances that have measurable biological activity using metabolomics-based methodology, and to identify macromolecular targets of toxic electrophiles generated by P450s. Mass spectrometric analysis is a routine approach used by our laboratory and it is supported by a variety of research grants, sub-contracts, and collaborations.