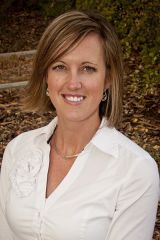 Research in the Round lab employs an inter-disciplinary approach that incorporates immunology, microbiology, ecology and bioinformatics to understand how host-commensal interactions influence disease. We have five major areas of investigation described below.

The mammalian immune system must be able to maintain tolerance to commensal organisms while mounting effective immunity to pathogenic species. There are many mechanisms by which the immune system can directly control micro-organisms that include anti-microbials such as defensins, lectins and even complement to directly kill offending microbes. However, these mechanisms rely on the recognition of patterns in microbes that are present in both commensal and pathogenic species. Because mammalian adaptive immune systems possess the ability to use specific antigens to target and kill microbes, we reasoned that this system likely evolved to also recognize and control resident commensal species. Our published findings have identified variations in the MHC loci, as seen in human populations, leads to individualized microbial communities which can dictate susceptibility to infection, demonstrating that antigen specific immunity to the microbiota influences it’s composition (Nature Communications, 2015). The effector mechanism by which our immune system can shape these microbial communities is through IgA, which is the major antibody type within the gut (Cell Host & Microbe, 2015, Nature Reviews Immunology, 2016).  These studies, along with others published in the field, have led to the idea that IgA targeting of the microbiota in various disease contexts can be harnessed to identify organisms of interest. Using this method, we identified that appropriate IgA targeting of the microbiota can prevent metabolic disease (Science, 2019).  Indeed, disruption of IgA led to outgrowth of a sulfate producer, Desulfovibrio and loss of beneficial Clostridia leading to obesity and type II diabetes. Disease could be rescued by isolation and replacement of these beneficial Clostridia. Interestingly, these microbial changes are similar in humans with obesity and type II diabetes, making our findings relevant to human disease.  Clostridia prevented lipid absorption within the small intestine leading to less fat accumulation.  Based on these published studies, our future work will seek to identify the relevant Clostridia isolates and the mechanisms by which these organisms influence metabolic disease.

This area involves collaborations with Dr. Sihem Boudina and Dr. Scott Summers at the University of Utah.

Most studies involving the microbiota focus on the bacterial population of organisms within the gut, however mammals are home to a vast collection of fungi as well. Fungi are larger and more complex than bacteria and thus could have important impacts on mammalian biology. Moreover, antibodies against fungi have long been used as a diagnostic test to distinguish between ulcerative colitis and Crohn’s disease in humans. Our published studies have now identified that the most commonly found fungi in the gut, Saccharomyces cerevisiae, exacerbates intestinal colitis via induction of purine metabolism. We have just received an NIH R01 to identify the mechanism by which S. cerevisiae can induce purine metabolism in the mammalian host and how it worsens disease through host receptors in collaboration with biochemist Eric Schmidt, fungal biologist, Jessica Brown and mucosal immunologist Ken Cadwell.

In addition, we interested in how fungal organisms are influenced by host IgA. In collaboration with Suzanne Noble at UCSF and Teresa O’Meara at University of Michigan we are combining fungal genomics and immunology to better understand how this interaction influences gut homeostasis.

Effects of the microbiota on neurological disorders

Neurodegenerative diseases, such as multiple sclerosis (MS), and neurodevelopmental diseases, such as autism, are prevalent disorders of the western world, yet little is known about their etiology. A strong genetic component has been identified, however epidemiological and twin studies suggest that these are acquired rather than inherited.  While no clear pathogenic agent has been found to be the root cause of neurological disease, micro-organisms have long been suspected. It has been reported that the microbiota can influence neurological disorders, however much remains to be explored. In collaboration with Tom Lane at University of Irvine we have recently published that gut microbes can protect from virally induced paralysis via microglia intrinsic TLR4 signaling (Brown, eLIFE, 2019) . These data suggest that possession of microbiota that provides TLR4 stimulation could protect from the neurological sequelae that follow viral infection within the brain. Questions that arise from these studies and will be pursued in the lab are: Do individuals with MS (or other neurological disease have microbiotas that have differential TLR4 stimulating capacity? What are the organisms that provide this stimulus? Can they be added to prevent neurologic symptoms? How are these signals transmitted from the gut to the brain?  Humankind will continue to endure deadly viral infections, thus understanding mechanisms, like the microbiota, that can prevent or boost immune responses toward these infections might reveal novel therapeutic interventions. Using human samples we have identified several bacterial species that influence positively impact immune responses within the CNS. Future studies from the lab will identify the mechanistic basis for these beneficial microbe-immune interactions on diseases of the CNS. These studies are in collaboration with Dr. Marco Bortolato at the University of Utah.

Additionally, we are exploring whether immune responses against phage species can be detected in humans with intestinal disease. Collaborations with Dr. Randy Longman, Weill Cornel and Dr. Ben Larmen, John’s Hopkins University  and funded by the Helmsley foundation will employ novel technologies to identify phage epitopes that are associated with inflammatory bowel disease.

My laboratory recently moved to the Huntsman Cancer Institute (HCI) which is a NIH comprehensive cancer center with access to many human samples and an extensively collaborative faculty. In the last four years we have begun projects in pancreatic development and cancer in collaboration with Dr. Charles Murtaugh and colorectal cancer (CRC) in collaboration with Dr. Neli Ulrich.  Both of these projects will capitalize on the use of human stool samples from individuals with CRC or pancreatic cancer to colonize germfree animal models of CRC and pancreatic cancer.  The most developed of these projects is the one involving CRC. We received 5 stool samples from healthy donors and 5 samples from individuals with CRC. We used these samples to colonize germfree mice and induced CRC using the AOM-DSS CRC model. In 4/5 paired samples we found that the sample from the individual with CRC drove worsened cancer formation, providing us a platform to identify specific microbes that protect or are associated with disease. We have now identified two species that appear to be protective during CRC and enhance immune-therapy in animal models.