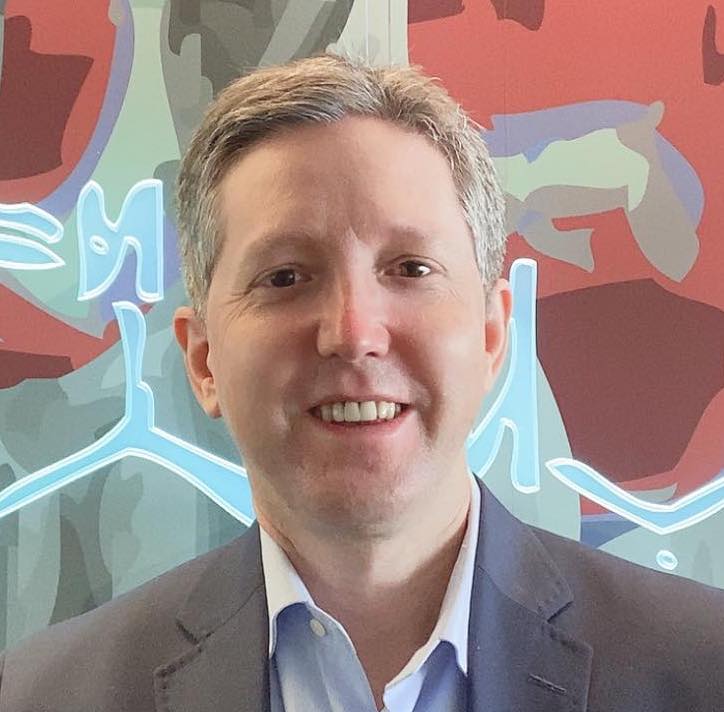 Chemistry plays a large role in how animal biology, including in communication, defense, physiology, symbiosis, and many other areas. Our lab seeks to understand how chemistry is used, how compounds are made, and how they might be applied to biotechnology and pharmaceuticals. Our projects cover diverse forms of life, with a major focus on marine invertebrates such as tunicates, mollusks, and other creatures that live in the sea.

Research Area 1: Biosynthesis in Animals and the Animal Microbiome

Reading a textbook, you might think that the chemicals found in animals are well understood, but we have yet to know the structures of most compounds. We don’t know who makes the compounds – the animal, its microbial symbionts, or others – or what enzymes and genes might be involved in their biosynthesis. Our lab seeks to uncover the structures of important compounds from animals, and to determine how they are made. To do so, we use interdisciplinary tools including metagenomics, bioinformatics, organic spectroscopy, enzymology, and others. The aim is to uncover the hidden chemical niches of life and to understand the connections between organisms in nature and their specialized chemicals.

Research Area 2: Synthetic Biology Approaches to the Chemistry of Life

In animals, chemicals are put to use to tackle a wide variety of challenges. Perhaps because of these diverse challenges, the chemistry found in animals is diverse and varied. By following the distribution and evolution of chemicals found in animals, potential rules for their engineering can be discerned. Our goal is to find those rules in nature, to test them experimentally, and to use them in the rational construction of recombinant small molecules. There are many reasons to do so. For example, many potential therapeutic compounds from the ocean are limited because they are found only rarely on coral reefs or other delicate ecosystems. By bringing the genes into the lab and manipulating them, we can produce those compounds and make analogs without the expense and environmental damage of harvesting coral reefs. It becomes possible to create new chemicals using only your imagination and the enzymes in hand.

We have focused so far mostly on ribosomally synthesized natural products (RiPPs) and polyketides, but many other types of compounds are under study currently.

The rich and diverse chemicals found in animals are bioactive and compatible with animal metabolism. In short, they are potential drugs. We apply this rich resource to discover new natural compounds, with a current focus on neuronal diseases such as pain and infectious diseases. We also apply our synthetic biological approach to the discovery and optimization of new drug lead compounds. 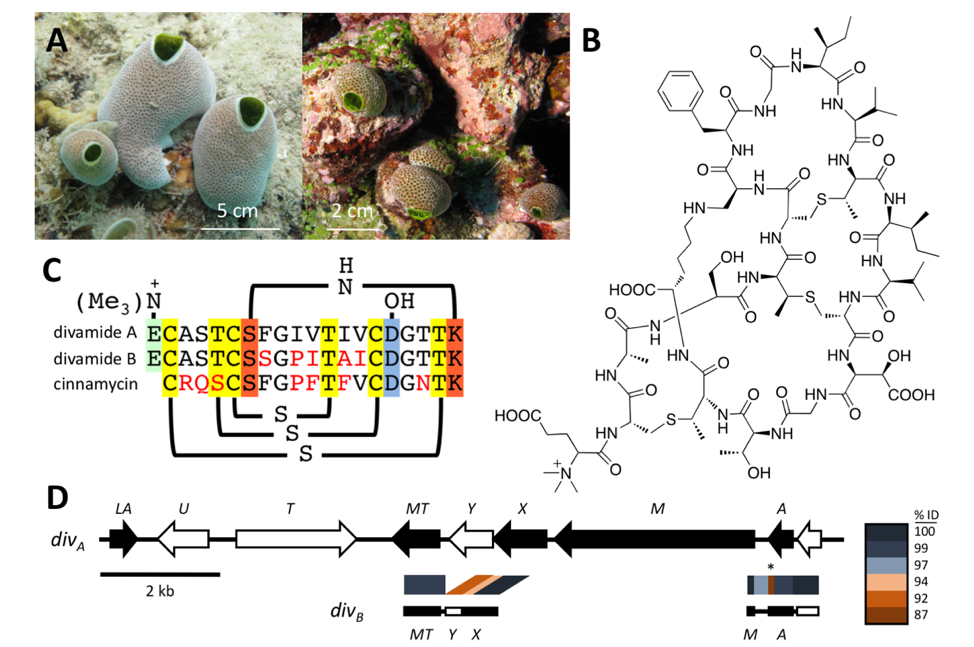 Figure. (Smith et al., Nature Chemical Biology 2018). A metagenomic approach to discovering new pharmaceuticals. A Marine animals (tunicates) were obtained in the Eastern Fields of Papua New Guinea. They contained potent anti-HIV compounds, but we could only find those in vanishingly small quantities. B Using a combination of metagenome sequencing, synthetic biology, and spectroscopy, we defined the structures of divamides, the active anti-HIV compounds from the tunicates. C The active compounds were RiPP peptides with different sequences that affected the activity against HIV. D The biosynthetic gene cluster from divamides was discovered using metagenomic sequencing. The pathway was expressed in E. coli bacteria, enabling us to supply the compound for pharmacological study.