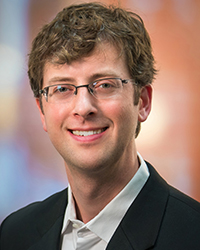 The molecular networks that specify cellular identity and suppress alternative cell fates are tightly regulated during normal tissue homeostasis. These networks can become dramatically dysregulated during cancer progression, often with lethal consequences for cancer patients. Tumors that lose much of their original cellular identity typically have a greater propensity for growth and metastasis than tumors that more closely resemble their tissue of origin. Tumors treated with targeted therapies can undergo radical changes in cellular identity that affect their sensitivity to standard drug regimens. Despite these observations, the field has not deciphered the master regulators that control cellular identity in most cancer types. Identifying master regulators of cancer cell identity and determining the consequences of their inactivation will provide critical insights into mechanisms of cancer progression and enable the development of new therapeutic strategies targeted to specific differentiation states.

We have shown that the transcription factor Nkx2-1 is a critical regulator of lung adenocarcinoma identity. Engineered deletion of Nkx2-1 causes a complete loss of pulmonary differentiation in a mouse model of lung adenocarcinoma and enhances tumor growth. Nkx2-1-negative tumors exhibit a striking mucinous morphology that is accompanied by activation of a latent gastric differentiation program. These mucinous murine lung tumors bear a close resemblance to a subtype of human lung cancer that also expresses multiple gastric markers. Integrative gene expression/ChIP-seq analysis has implicated the Foxa1/2 transcription factors as potential mediators of the lineage switch induced by Nkx2-1 deletion.

The overall goal of our lab is to determine how the loss of cellular identity and acquisition of alternative differentiation states contributes to cancer progression and alters therapeutic response. Ongoing projects are focused on several questions, including: