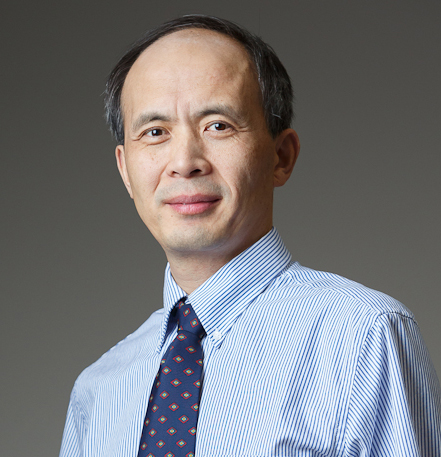 The assembly of neurons into stereotyped circuits is essential to brain function and the selective wiring of neurons in these circuits provides an anatomical basis for discrete information processing. Loss of the circuit architecture is associated with many CNS diseases including neuropsychiatric manifestations, neurodegeneration and conditions of genetic origin. Thus, understanding how circuit architecture is structured and how its disruption impacts the corresponding function is a topic of great interest for both basic and translational neuroscience. However, because billions of neurons in CNS make many function specific circuit assemblies, understanding how each specific neural circuit is formed is a fundamental challenge. The retina is an attractive model for the study of synaptic circuits in CNS because the retina has been extensively studied and the anatomy and the function of every major type of retinal neuron are well characterized. In addition, compared with other brain regions, the retina is more readily accessible for experimental intervention and the extremely organized structure of the retina facilitates the analysis of circuit architecture. Furthermore, there is encouraging progress in developing methods for repairing or replacing damaged neurons in retinal diseases such as macular degeneration, retinitis pigmentosa, diabetic retinopathy and glaucoma. The study of how retinal neurons assemble their circuits during normal development will facilitate in validating the success of these interventions. The goals of our research are to reveal the synaptic circuit assemblies of visual system, understand the regulatory mechanisms of the development of the visual synaptic circuits, and test how these mechanisms are modulated under normal and pathological conditions. Our principal strategies are to (1) characterize synaptic circuits based on function specific subtypes of retinal ganglion cells (RGCs) using cell type specific trans-synaptic staining, in vivo,ex vivo and in vitro confocal imaging of visual circuits and 3D reconstruction; (2) reveal the roles of specific genes and proteins, such as NMDA receptors, on the synaptic formation and circuit assembly using cell specific gene mutation, trans-synaptic staining and imaging; (3) investigate the impacts of key retinal diseases on the structure and function of visual circuit assembly using anatomic, physiological and behavioral approaches on mouse models. Over the past decade, we have studied RGC dendritic morphogenesis and synaptic connections extensively. We have also used a variety of methods, including physiological, pharmacological, molecular and genetic approaches, to study the control mechanisms of the development of RGC dendritic architecture and synaptic connections. We found that both RGC dendritic architecture in retina and axonal projections in the higher centers of the CNS, such as dLGN, undergo active refinement after birth. This developmental refinement is regulated by retinal synaptic activity, specific neurotransmitter receptors, and genes regulating synaptic formation and circuit assembly in CNS. More recently, we combined these findings and approaches with newly developed methods for RGC subtype specific gene mutation, transcellular cell staining, and retina disease models, to study the impacts of specific genes/proteins or retinal diseases on the structure and function of visual circuits. The concepts, the techniques, the genetic tools, the animal models and what we learn about circuit assembly in retina will not only help to illustrate how the retinal synaptic circuits are constructed in normal retina and impaired under eye disease, it will also help to elucidate basic principles that can eventually be applied to CNS disorders in which circuit architecture may be compromised.